There is no doubt that Paco de Lucía’s universal guitar has become a symbol for guitar lovers, the Andalusian genius and his guitar are often honored around the world. One of the most emotional tributes the master has received is the documentary “The guitar flies: dreaming Paco de Lucía.”

This documentary honors the guitarist, who died on February 25, 2014, in Playa del Carmen (Mexico) through his guitar “La Maestro”.

After the guitarist’s death, the guitar remained in his case waiting for its owner, in the studio of Paco de Lucía in Palma de Mallorca. But the creators of this documentary (together with the artist’s family) decided that the best way to pay homage would be to take the guitar out of its case and take it on tour, with great musicians and guitarists, in what became the emotional documentary “The guitar flies” a tribute to the guitar of the genius of Algeciras and to the Spanish guitar in general.

The guitar flies narrates the history of the guitar during its journey of forty days by different places from all over the world, 9 countries, 30000 kms, 2 continents … everything shot from the point of view of the guitar, in first person, like ” main character “of the footage.

This trip begins on the island of Mallorca, where the guitar was built, and later, from Madrid, the guitar jumps to the American continent and visit the countries that influenced so much the Andalusian guitarist, the United States with the Jazz, Cuba with his rhythms and Brazil with their harmony and bossa nova…

It is rare to find Gabriela Canseco, Paco’s second wife, speaking publicly about her husband, but during the documentary “La Guitarra Vuela”, Gabriela appears talking about the guitarist, her dedication to music, and the influences her husband received for, from Flamenco, expand its limits and become the universal guitarist that everyone admires and remembers nowadays.

Caetano Veloso: “It’s a gift that this guitar is traveling all over the world”

United States, Spain, Mexico, Argentina, Brazil, Portugal, Cuba … countries where the guitar transits, where Paco left his imprint, and where “La
Maestro “, the last guitar of Paco, travels its cities by the hand of great artists and guitarists that give life to the instrument again.

Jorge Martinez (documentary co-creator):
“When people knew that the guitar belonged to Paco, everyone was excited and understood that in their hands they had more than a well-built guitar”

Tomatito at his home in Madrid, Caetano Veloso in Brazil, guitarist Luis Salinas in Buenos Aires, Alejandro Sanz during his tour in Mexico, Diego del Morao in Jeréz … these are some of the musicians who play the orphaned guitar of Paco de Lucía, although we can also see “La Maestro” in the hands of musicians of the Berklee College of Music, or even in the hand of street musicians in the different cities where the documentary travels.

The objective of the documentary is to pay homage to Paco de Lucía, through “La Maestro”, a guitar made to his measure. This guitar is the guitar dreamed by Paco, was designed by the guitarist and made in Mallorca by the guitar maker Antonio Morales, luthier and friend of the artist, in an artisan engineering work directed by the greatest genius of Spanish popular music of the twentieth century.

Guitar maker Antonio Morales:
“We worked together looking in the wood for the sonority that Paco had in mind, an arduous process because the musician was as demanding with his collaborators as he was with himself.”

The documentary is sponsored by the Spanish airline Iberia, has the collaboration of the family of Paco, and was created by the producer Javier Limón and the creative Jorge Martínez. Also participating in the project are the Berklee College of Music and Universal Music Group.

Jorge Martínez:
“Throughout its history Iberia has transported all kinds of things: the Guernica of Picasso, the Beatles, Pope Juan Pablo II. Now they have done so with a seemingly simple object, but that guitar case kept the musical legacy of a whole country.” 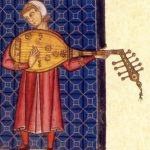 Articles
This article is a brief history of the guitar, from its possible origins to the present. We should note that the origins and history... 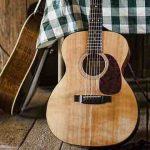 Articles
An Acoustic guitar has, like electric guitar, his predecessor in classical or traditional guitar. And its history serves us as a guide until the twentieth century,... 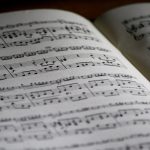 Articles
A tablature is a special musical notation form which only reflects the position in which we should press to interpret a particular piece in...

Astronaut Chris Hadfield – how to play guitar in space