An Acoustic guitar has, like electric guitar, his predecessor in classical or traditional guitar. And its history serves us as a guide until the twentieth century, with the appearance of new musical trends, such as jazz and blues, that evolved classical guitar up to the acoustic guitar as we know it today.

The appearance of new musical trends, such as jazz and blues, made evolve classical guitar up to the acoustic guitar as we know it today

To withstand the stress of new steel strings, traditional guitars had to evolve to increase its internal reinforcements, reinforcing the neck and enlarging the soundboard. While the development of classical guitars was done basically in Europe, the main development of the acoustic guitar was basically the work of American manufacturers, and especially Martin and his famous model Dreadnought.

The main development of the acoustic guitar was basically the work of American manufacturers, and especially Martin

The expression acoustic guitar is used as opposed to electric guitar, but really all guitars that are amplified by a soundbox, having metal strings or not, are acoustic guitars. However, usually we use the term acoustic guitars for guitars with metal strings, and the nylon string guitars are usually called classical/flamenco or Spanish guitar.

Acoustic guitars can be divided into archtop or flattop. The Archtop ones have an arched top and have two incisions in its soundboard with “f” shape or integrals while flattop (which are the most usual acoustic guitars) have flat soundboard and circular sound hole instead of integrals.

Maybe we could also add to the above classification the electroacoustic guitars which are those which have a sound box and also have an artificial external amplification system microphone or pickups. It is usual to find acoustic guitars on the market with amplification by piezo or electromagnetic pickups.

Acoustic guitar consists basically of the same elements as traditional guitar, and amplifies the sound of the strings the same way as the traditional guitars, through the sound box. The thicknesses of its back, top and internal reinforcements, however, are higher than in the classical guitar because the tension of the steel strings is higher than with the nylon strings.

Usually we use the term acoustic guitars for guitars with metal strings, and the nylon string guitars are usually called classical/flamenco or Spanish guitar

The shape of acoustic guitars is not always symmetrical, some usually have a curve on the lower side, closer to the first strings, called cutaway and that allows the guitar player to reach higher notes. 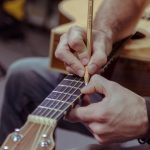 News
FretFriend is a drawable sleeve that wraps around the guitar neck, to learn chords or scales in a visual way. There are other mechanisms,... 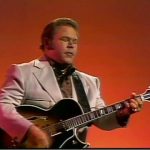 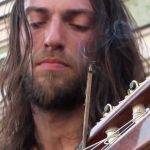 Estas Tonne (street performance) – The Song of the Golden Dragon

Guitarists - Videos
His street performance has already more than 79 million views on YouTube. 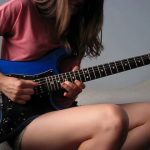 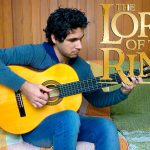 The Lord of the Rings on Spanish Guitar